Skip to content
Home » Articles on Precious Metals » Why is Gold Valuable?

Why is Gold Valuable?

Nations have gone to war over it, and people have murdered others for centuries for gold, but what exactly is gold’s value, and why?

Read on to discover just why gold holds such allure for us as people, and why.

Gold is valuable because we say so.

That’s the short answer, and of course not the whole story, but it’s important to remember when we are all born into a given paradigm of wealth and value, that things are only valuable if we all agree that they are.

That’s a crucial tenet of value, without which no currency or commodity has any value at all.

It might sound trite, but unless desire is shared, there’s no currency.

Since ancient times, Incas and Egyptians, and everyone in between have afforded gold a dominant symbolic and practical value.

It’s been an ancient consensus.

As a currency, it was precious and rare, yet widely accepted, and whether that’s the product of it being our store of value or whether its utility is what positioned it as that store, seems irrelevant today.

Perhaps it’s simply beautiful and unique in attributes, and that’s enough for gold to have always been our desire.

Of course, ancient usage elevated its status too, as nothing shines quite like gold jewelry, especially when studded with precious gems.

Perhaps its aesthetics are enough, but there’s more to it than that.

Gold is relatively scarce and doesn’t yield easily－it’s difficult to extract and purify.

This too adds to its value, and the current demonizing of artisanal miners in favor of corporate interests adds to and maintains its lofty status.

Gold has mystery, and thus allure

Everyone seems to agree on gold’s value when it’s rendered as jewelry, offered as currency, or as a longer-term investment.

Crucially, everyone seems also to agree that gold is alluring, unlike any other material or substance.

That’s ephemeral but powerful, and in gold survives a sense of ancient mystery and unknown origins, and that’s a powerful cocktail no other commodity has.

Of course, some maintain that gold needs a reappraisal, that it’s a commercial component of electronics and other applications, makes fine jewelry, and little more.

It’s rare, but so are cobalt and other minerals we still utilize today.

Try as they might slap a practical utility on gold, the fact remains that even from such a limited perspective, gold is a unique, soft metal, with a malleability unmatched by any other.

To best depict gold’s value, imagine a world where people decline gold as a form of payment. It’s hard, isn’t it, because there is no historical legitimacy for that scenario.

If anything, gold is unmatched (with the possible exception of gemstones) in its history of currency and value, and that history is an ancient one. There is nothing we have carried as a species so high in our esteem, through all time, as gold, it seems.

Gold has immense practical value, as well as the ability to fire the human heart.

Crude oil can’t do that, nor any other blue-chip stock or commodity you’d care to mention. We don’t feel the way we feel about gold for any other material. It’s as though it’s written into our DNA.

Gold has warmth and glow, two ephemeral qualities if ever they existed, yet those attributes strike a gong deep within our consciousness.

The practical and ephemeral value of gold

Gold doesn’t corrode. Gold tarnishes, after a century or so, yet that tarnish adds value to gold, rather than detracts from it.

Moreover, as regards gold’s practical value, it’s rare enough to be precious, yet common enough for us to render coinage and the like that everyone can relate to, appreciate, and covet!

The other metals are either more abundant, less attractive, or, in the case of aluminum, too light and insubstantial.

The color of gold is unique too, and although silver and platinum can exude a sheen, nothing looks quite like gold.

There is a scientific reason for this, and it’s that gold atoms are heavier than the other shiny metals.

Being heavier, gold’s electrons vibrate and whizz around faster, allowing light to be absorbed into gold to a greater extent.

This is why, whether visible to the naked eye or not, gold’s “inner beauty” has such a firm grip on our hearts－it seems to have a glow from within and, scientifically, it does.

The emotional pull of gold supports its practical value, and the fact that it neither rusts nor corrodes once cast seems to add to its heavenly status for us.

The current moment’s interest in gold as an investment vehicle is well justified, and really in some ways simply the culmination or continued dominance of gold as a precious and desirable thing.

Also given a huge boost by Basel III, which although not quite mandating a gold standard, has pretty much produced a de facto one regardless.

All told, now is a moment in time when investors will want to ensure they have something yellow and shiny in their portfolio, and there is only way good route to follow to score on gold’s immediate and long-term future.

Further Reading: Is Robinhood Gold Worth It? 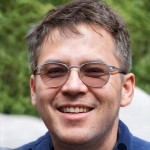